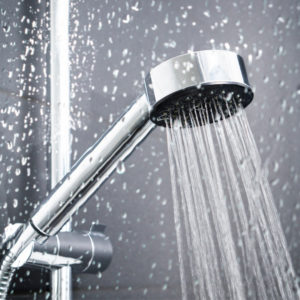 But those perks may not be enough for some people to offset the extra purchase cost and installation expense.

Tankless water heaters cost up to three times more than storage heaters — from less than $1,000 for an electric, whole-house model to $3,000 for a gas-powered one, including installation by a qualified plumber.

Also, not all homes are ready to support tankless water heaters. For homeowners with electric-only utilities, their electrical system may needed to be upgraded, which means hiring an electrician

Rewiring your house can easily add as much as $5,000 to the cost of installing a tankless water heater.

The first step in shopping for a tankless water heater is deciding between natural gas and electric models. (Photo by Jason Hargraves)

Many homeowners, however, see benefits of a tankless water heater beyond energy savings.

These heaters also save space with a compact design, last longer and are better for the environment because a rusty tank doesn’t end up in the landfill.

“A lot of people buy them because of the green movement,” says Connie Steele, co-owner of Gulf Coast Tankless Hot Water in Clearwater, Florida.

Larry Murdock, a water heater specialist with Caffi Contracting Service in Alexandria, Virginia, says the warranty is usually 15 years for a tankless. Traditional water heaters come with up to a six-year warranty.

“With a tankless, you also won’t have the breakdown issue with water on the floor,” he says.

Is a tankless water heater right for you?

Here are some things to consider before making the decision to go tankless:

So you’ve decided to go tankless. Now what?

First, you’re going to need to choose either an electric or natural gas model.

Major differences exist between them even beyond the potential cost of rewiring your house as mentioned earlier.

Electric tankless heaters are 99 percent efficient. However, they don’t qualify for rebates or an Energy Star rating, which requires a product improve energy output 14 percent over older models.

Tankless water heaters that use natural gas are about 23 percent more efficient than a traditional storage version, which is about 60 percent efficient, according to the Department of Energy.

Steele started her tankless water heater business in Florida after watching her own electricity bills decline thanks to the switch.

“I’ve been in business almost five years,” she says. “No one has said, ‘I’m not saving any money.'”